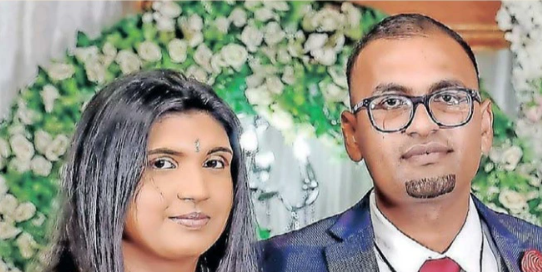 They said that the man wanted to make things work and he did not expect her to move on so quickly.

On Sunday evening, Kyle Inderlall, 25, shot dead Sasha-Lee Shah, 25, before turning the gun on himself.

It is reported that the couple had been dating for over ten years but their relationship was very toxic.

They were an off and off couple.

Kyle’s sister, Milekha Inderlall-Rutt, said that the couple would often break up but they eventually knew that they would get back together.

Inderlall-Rutt said last Thursday he became upset when he saw Shah had posted on social media a picture of another man and had included a heart emoji.

However, this seemingly did not sit down well with Kyle and he commited the horrendous crime.