Did Enhle Mbali Mlotshwe struggle before she got married to Black coffee?

Did Enhle Mbali Mlotshwe struggle before she got married to Black coffee? 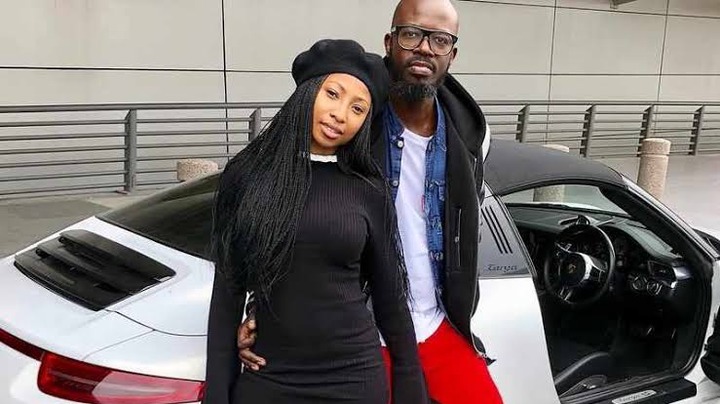 Black Coffe has come to be known as one of the best house DJs to come out of South Africa. He has gained so much fame and has even won multiple awards including a Grammy award, and will go down in history as one of only a hand full of people to ever win a Grammy award in South Africa and even Africa.

I’m certain we are all aware that Black Coffee was married to the South African Actress, TV presenter, and Fashion designer Enhle Mbali Mlotshwa. The marriage between the two lasted for 9 years as they were married from 2011 to 2019, and the ending of the marriage was filled with a lot of drama and turmoil.

Well, recently the controversial Facebook News Magazine that we have all come to know as Squad Magazine recently made a post where the caption had this to say “Enhle Mbali Mlotshwa before and after Black Coffee’s money. The first pic will leave you speechless.” and along with that caption was two images of Enhle Mbali.

It seems that Squad Magazine was implying that Enhle Mbali transformed because of Black coffee’s money.

People wasted no time and they came to Enhle Mbali’s rescue, as a lot of people started commenting their thoughts and some said that Enhle Mbali was financially well-off before she even got married to Black Coffee.

Some of the comments had this to say:

” Mbali has always been beautiful. Please stop disrespecting her. She has always been working for herself. Everyone knows she has never been a housewife who solely depends on the husbands income.”

Surely we can all agree that Enhle Mbali has always been on television, even before she started seeing Black Coffee, so it is wrong for people to assume that she is the way she is today because of someone she was married to years ago.

Content created and supplied by: Current_Affairs_SA (via Opera News )