Deputy Principal and his colleague were shot dead in KZN

Deputy Principal and his colleague were shot dead in KZN 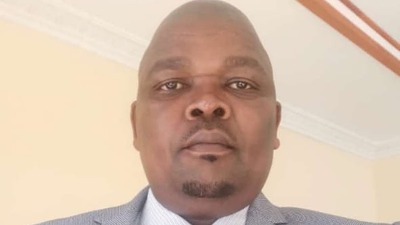 Pic : provided by the Source

The high rise of killings in South Africa it really raises the citizens concerns . A very sad story of Mr Mthunzi Ngcobo (48) who was acting principal at Mshiywa Primary, is said to have been shot dead with his friend who was the chairman of the school’s governing body last week, the source revealed.

Ngcobo’s relative who is his blood said Mr. Vumani Ngcobo his brother was sitting in a shop in Kwa Gabela, Kwa Nyuswa Harding located in the South of KwaZulu Natal , when uknown people did not say anything but they came and shot and killed them.

He was able to speak to the source and he said, their hearts are broken and saddened as a family because his brother was killed in this way and he was too young. He continue said he hope that the lord will heal the wounds but it won’t be something that happens quickly because they are very sad, said Ngcobo.

The deceased left behind the dependents which is his wife and a 26-year-old son. He will be buried on Saturday at home, source said.

It is reported that Ngcobo’s killers are still at large.

The Sadtu Union in a statement condemned the incident of Ngcobo’s murder which it described as a stupid criminal act.

“We condemn these incidents that deprive us of honest and hard-working leaders like comrade Mthunzi. “The killing of teachers by criminals who live in the communities we teach puts us back in the process of providing quality education that will lift people out of poverty, inequality and unemployment,” Sadtu said in a statement.

The union expressed its condolences to the family, friends, Mshiywa Primary staff and members of Sadtu led by Ngcobo.

There will be a memorial service for Ngcobo on Thursday, at St Peters Church, Zinqoleni near the taxi rank at 12 noon.

Sadtu urged the police to work hard and ensure that Ngcobo’s killers are arrested.

It has asked anyone in the community who may have information that could lead to the arrest of the suspects to pass it on to the police.

KwaZulu-Natl Department of Education spokesperson Mr. Sihle Mlotshwa said we have left them disheartened by the incident of Ngcobo’s murder.

Mlotshwa expressed his condolences to the family of the deceased and said he hoped the police would arrest the suspects.

KwaZulu-Natal police spokesperson, Lieutenant Colonel Nqobile Gwala said two murder cases are being investigated for the incident that happened on Thursday at 7:30 p.m.

He said the attackers were shot by unknown people and the cause of the attack was not yet known.