Deaths at a funeral: Read why 7 people were allegedly shot dead while gathered at a funeral

Deaths at a funeral: Read why 7 people were allegedly shot dead while gathered at a funeral 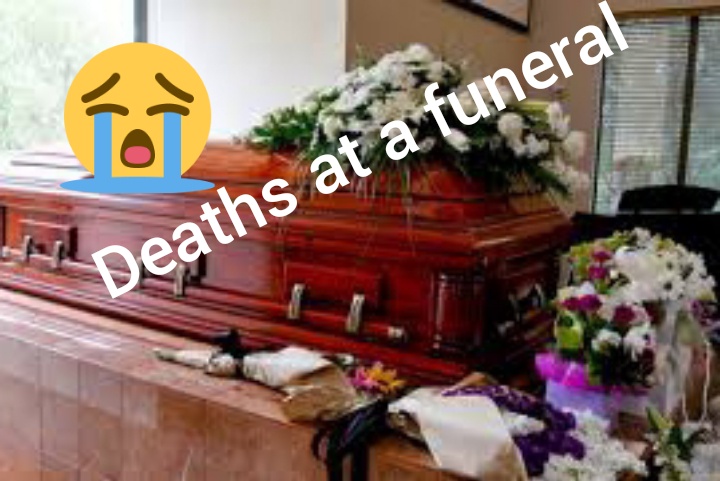 A funeral gathering for a loved one worsened as seven more people were added to the list . This was after seven people were allegedly shot dead while they were gathered at a funeral . Allegations were that three unknown suspects made their way into the family’s homestead and demanded to be given the insurance money which had been dropped off earlier by a burial society at the homestead .

It can therefore be noted that the fatal shooting was in relation to the burial society payout that had been dropped off . The family had reportedly gathered in preparation for the funeral who had also been allegedly shot dead last week , not aware that more deaths would be recorded . When police made their way to the scene, they found victims having gunshot wounds to their heads. A total of seven people from the same family in Tanseka village , in Bityi were confirmed dead .

The SABC news did not inform whether any arrests were made , and whether the suspects managed to walk away with any money , but the investigations are ongoing .The motive behind the killing may be linked to the burial society payout according to the witness as stated in the report .

It is sad to note how the level of selfishness ,hate , and criminality has reached greater heights . There are some people who will do anything to get their hands on money ,without taking any consideration of the consequences afterwards . The poor family which was mourning one of its loved ones now has seven more dead people to worry about . It is going to be a challenge for them to manage to mourn and even bury the seven more deceased family members .The act of killing was an indication of evil and heartlessness .