Although losing a loved one is a really painful event, the agony is usually amplified when someone who is a little younger and in their prime passes away unexpectedly. More so when they have got the World at their feet, and are quite successful in what they do.

South Africans were left in great shock following the passing away of highly-rated City Press journalist, Poloko Tau who reportedly died unexpectedly at his home in the North West province yesterday.

According to City Press, who was informed by his brother, the 41-year old’s tragic death has left the family devastated and with a slew of unanswered questions. In the meantime, the cause of his death remains unknown. 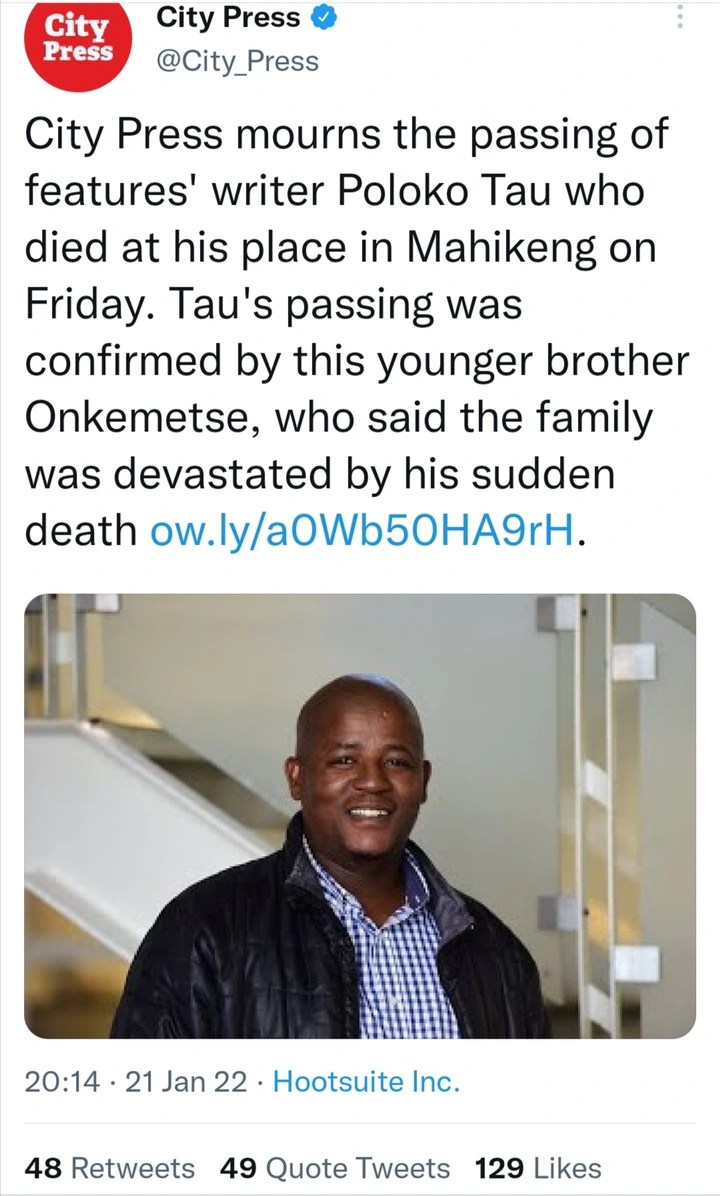 Tau was an embodiment of journalism who was incredibly pensive and wrote thought-provoking stories that elicited necessary discourses in the country, and this left an indelible mark in the hearts of his fellow colleagues and the broader South African society.

Mondli Makhanya, City Press editor, extended his condolences to Tau’s family and waxed lyrical about Tau’s enormous contribution to the organization and the journalism industry. He claimed that the deceased’s manner of life was a complete representation of his profession because he was a “meticulous man who walked his talk.” 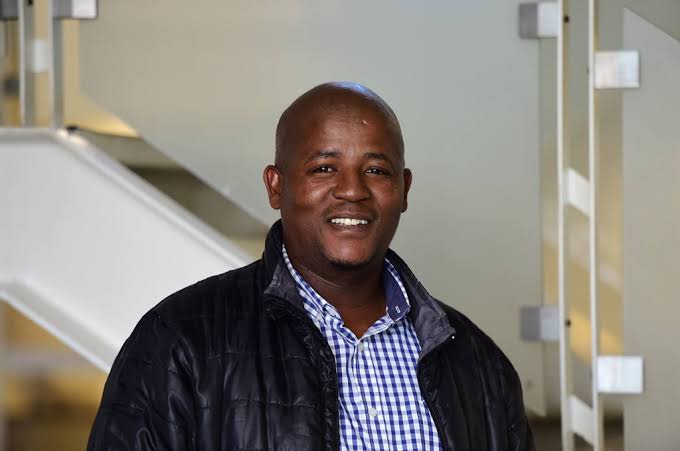 South Africans expressed their sympathies on the microblogging site Twitter. Many of them were heartbroken at the massive loss of such a very bright young man who was reaching his prime.

His passing occurs at a time when the journalism business is confronted with a number of issues. In today’s society, there is a perception that embedded journalism has become the norm. 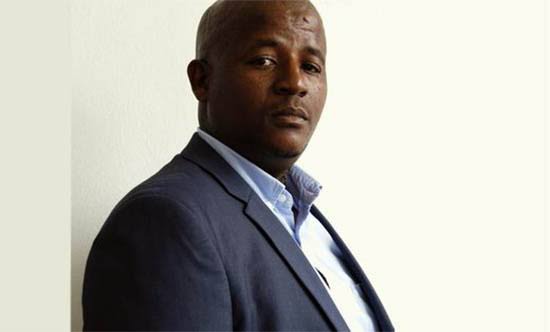 Almost every market day, there appears to be a discussion or debate over what can actually be done to save the industry.

Particularly in the fight against corruption, which has beset the country’s moral fabric.

The OnlineNewzBible sends its most sincere condolences to Tau’s family. May His Soul Repose Peacefully. 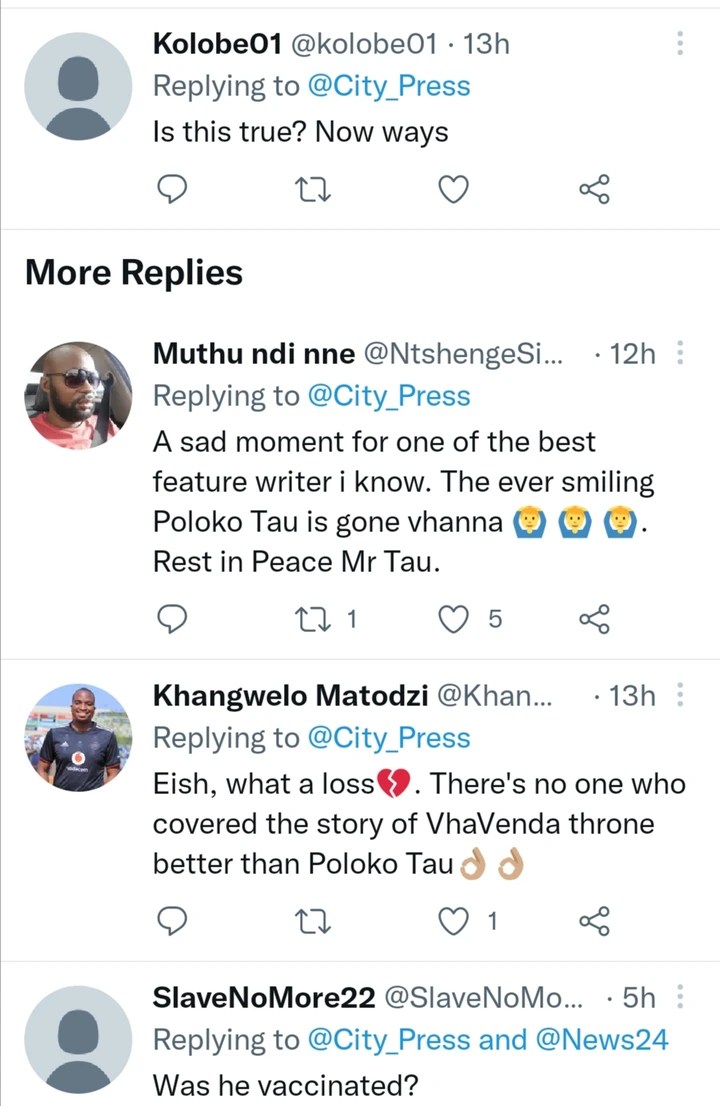 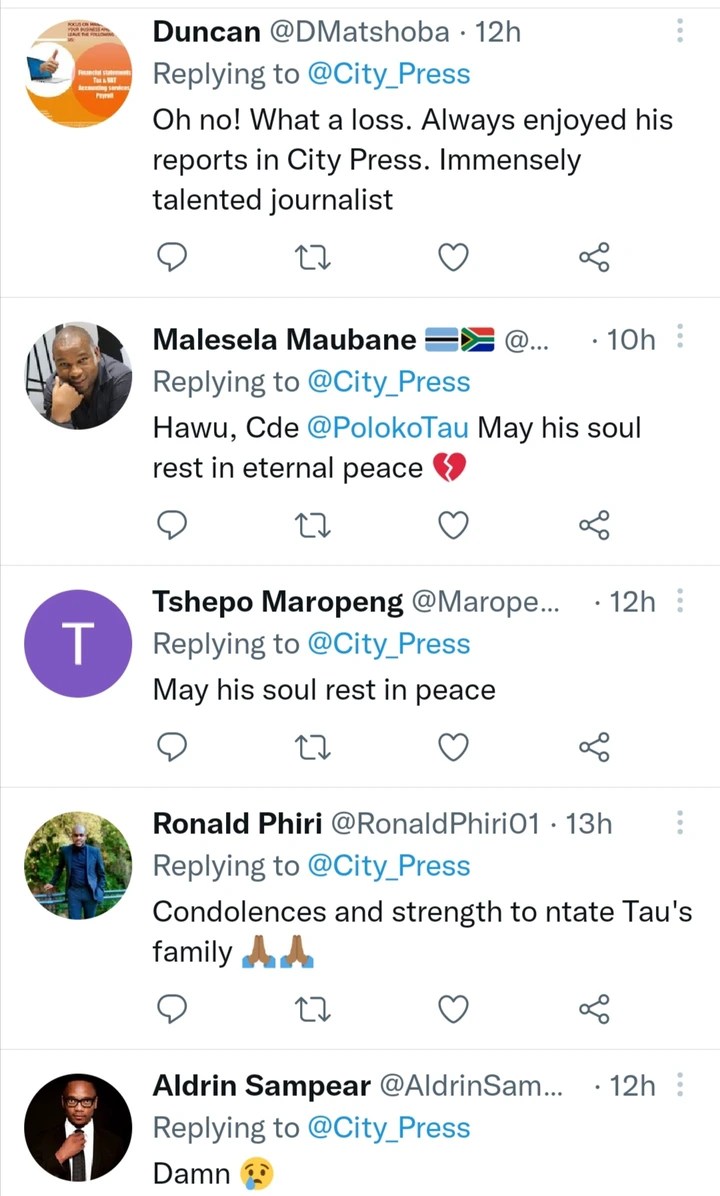 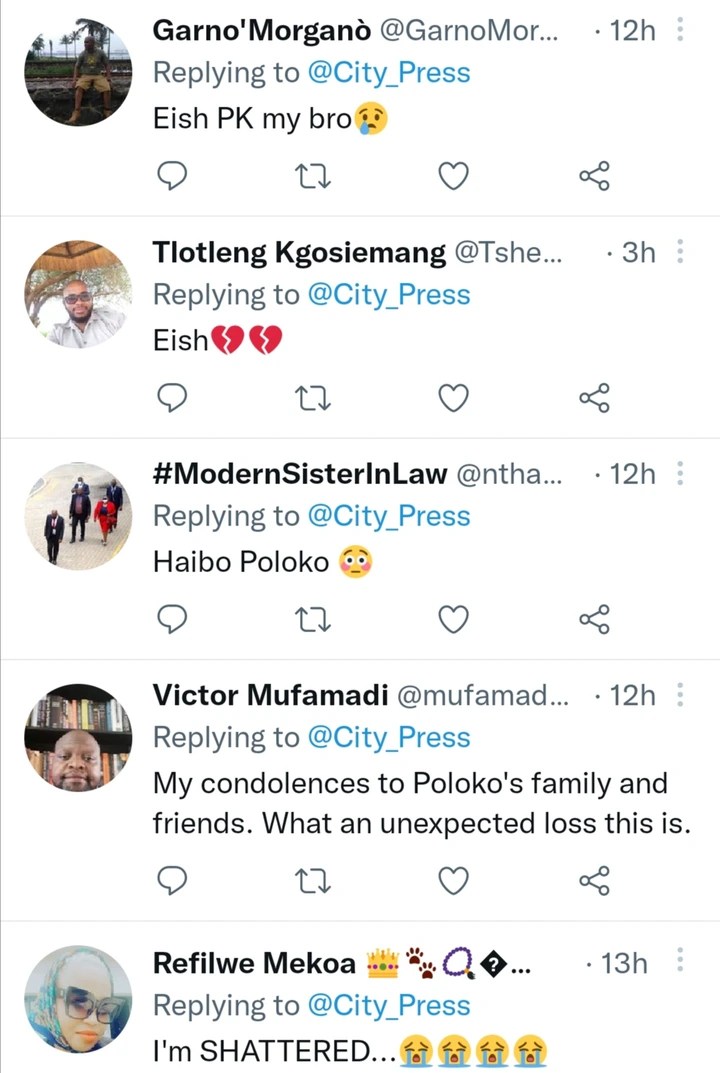 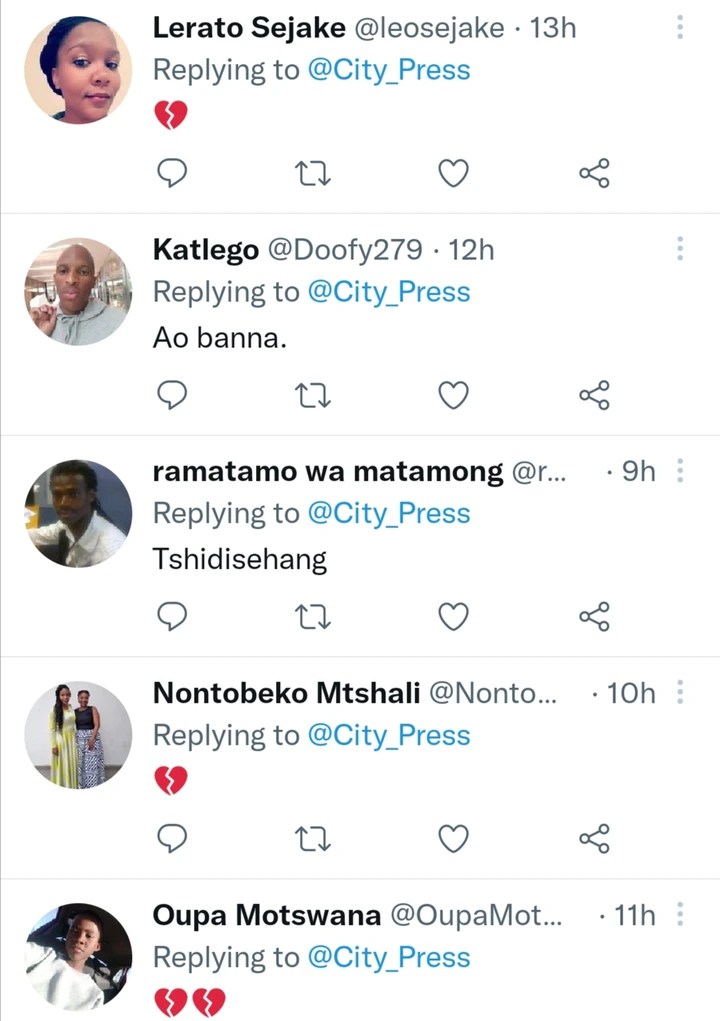 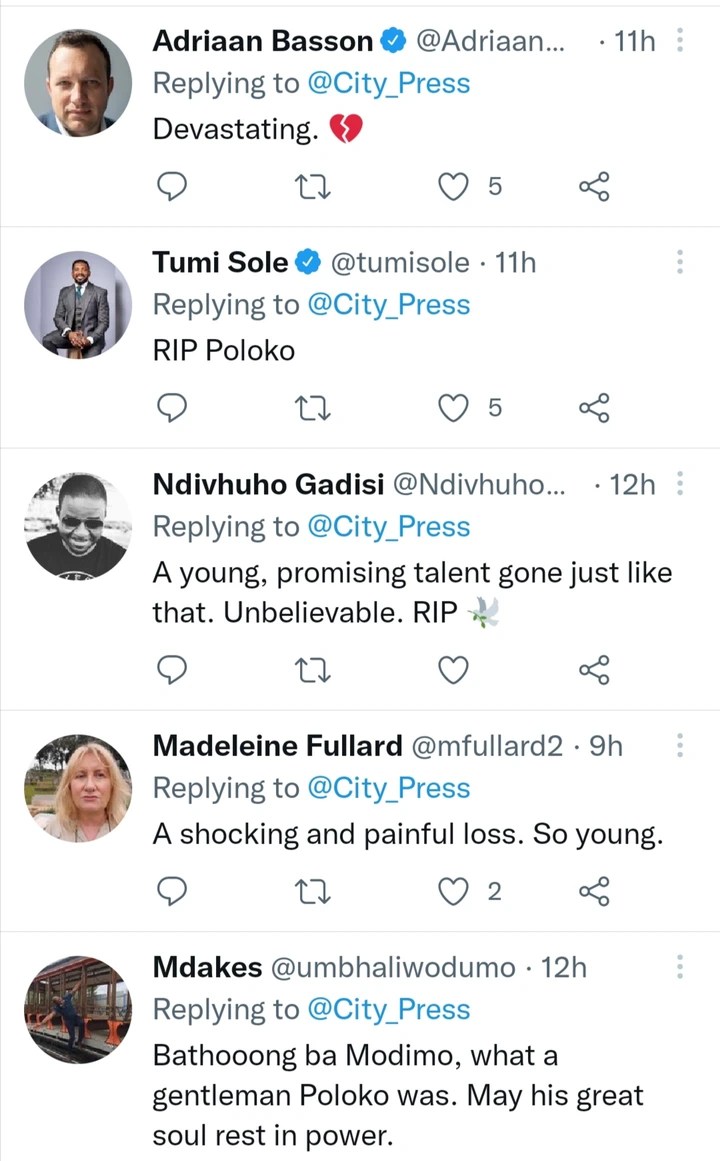 City Press mourns the passing of features' writer Poloko Tau who died at his place in Mahikeng on Friday. Tau's passing was confirmed by this younger brother Onkemetse, who said the family was devastated by his sudden death https://t.co/DaG74jSbt7. pic.twitter.com/FYRIeZ7qvh