Cruel classmates notice smell coming from between girl’s legs’, puts her in the emergency room

Cruel classmates notice smell coming from between girl’s legs’, puts her in the emergency room 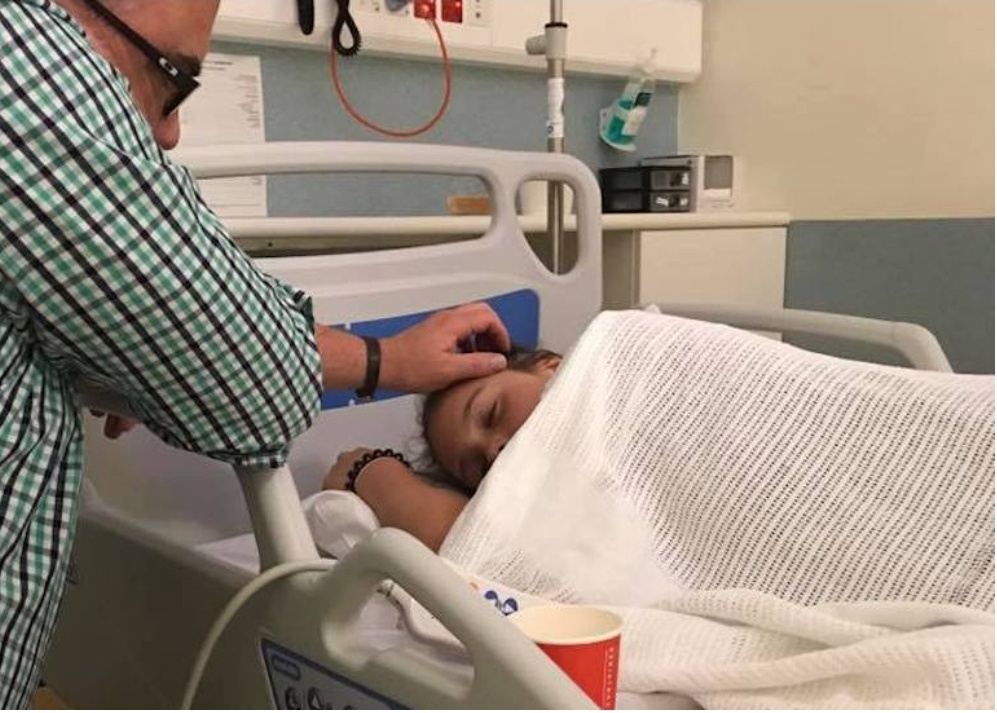 Leigh, the student’s mother, claims that the 12-year-old was seated at her desk when a few of her classmates allegedly smelled something coming from between her legs. Sadly, their subsequent action resulted in the child being hospitalized. The courageous mother wrote on social media that her lovely daughter had experienced terrible bullying at school. We’ve been dealing with this privately for the past seven months, with just our immediate family. She spent months attempting to handle her daughter’s bullying in secret before turning to the public. The situation at her daughter’s school was not improving.

They were so bad that the unfortunate girl was now making an attempt on her life. The mother begged other parents on social media, detailing the abuse her daughter had been subjected to at the hands of her vicious peers and the inept officials who did nothing to stop the abuse. The mother said on social media, “In this age of social media, children think it’s normal to send cruel messages (to me as well as their parents who won’t take responsibility) without consequences.” “I’ve received phone calls from these kids calling me an old hag because I stood up for our daughter, went up to the parents, and begged them to have a conversation with their kids and ask them to stop. Even though I confronted the kids directly, the parents threatened me with harassment.

Since every child has a right to an education, the state department of education does not expel students for bullying. What about the entitlement of our child?” she pleaded. “She has been expelled from school multiple times for self-harm. She is not permitted to use a pencil sharpener after cutting herself when she takes the blade out. Additionally, the WA Department of Education advised me to teach my child how to be resilient in the face of bullies. They did indeed say that. Leigh continued by describing one of the most traumatic experiences her daughter was forced to endure at school. Hearing about it would raise the blood pressure of any parent. The outcome was a trip to the emergency department because the little child was attempting suicide because she was so humiliated and mentally tormented.

Leigh stated, “Our kid has a video of herself at her desk at school with her legs slightly spread and a wonderful caption about the smell. It had been shared on Snapchat. I spent 90 minutes with the police as they investigated if they were taking photos and disseminating pornographic material. Yes, a 12-year-old can face legal action if the content violates specific standards, Leigh stated. “Unfortunately, our kid didn’t, but she endured weeks of jeers. Repercussions? The young woman who posted the video was denied playtime. who was the videographer? Nothing, because nobody would be able to identify it,” the irate mother continued. To help viewers understand how severe the effects of bullying can be, Leigh also posted a picture of her daughter in the hospital. Our kid “had a plot to commit suicide,” the mother claimed, and she had spent five hours with psychiatrists, doctors, and nurses in the previous week.

Content created and supplied by: Preshmedia (via Opera News )