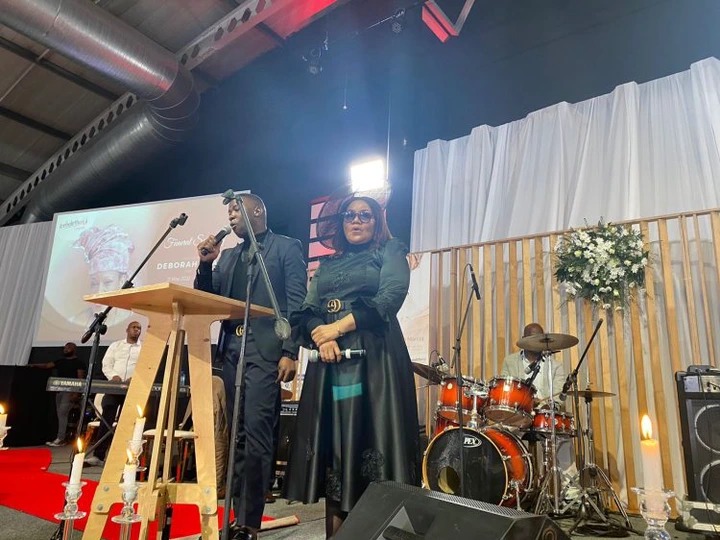 Mzansi Is still left shocked after hearing that the gospel singer Deborah Fraser has not been buried. It came as a shock after her funeral was held on the weekend. According to the source, Deborah Fraser’s body was taken back to the mortuary on Saturday after the service. Many people went in number to attend her funeral.

The South African legendary gospel singer Deborah Fraser passed away last week after she was admitted to the hospital. Deborah was no longer able to stand on her own, she was in a wheelchair after she was diagnosed with a high level of sugar. His family and friend were gathered on Saturday to pay their last respect. Many people who wanted to attend her funeral including other gospel musicians were also gathered to show support to the family and to her. People were surprised after the service Fraser’s body was put back to the hash and the cars went straight back to the mortuary. 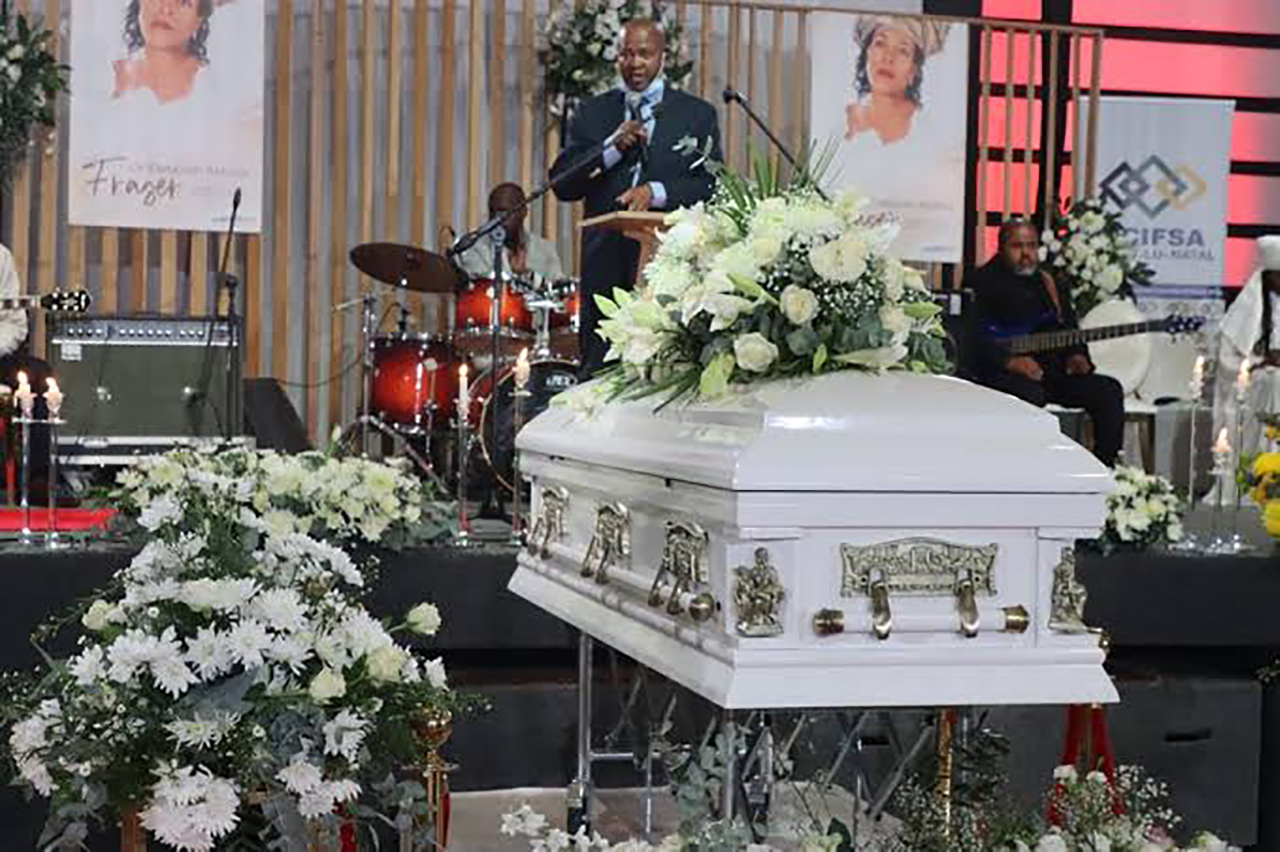 Over the weekend many provinces have experienced high rains where other people have lost their belongings in KwaZulu-Natal. The family of Fraser had to return the body of icon Deborah back to the mortuary because of the flood. The family felt like burying her in that water is like dumping her in the water. The family of Fraser wanted to send her off with love and dignity. According to the source the family has promised to bury her as soon as the rain is clear.

Deborah is not just a singer but she is a legendary icon of the gospel. She has been singing and featured in many songs. Her fans have been sending their condolences to the family after her passing. 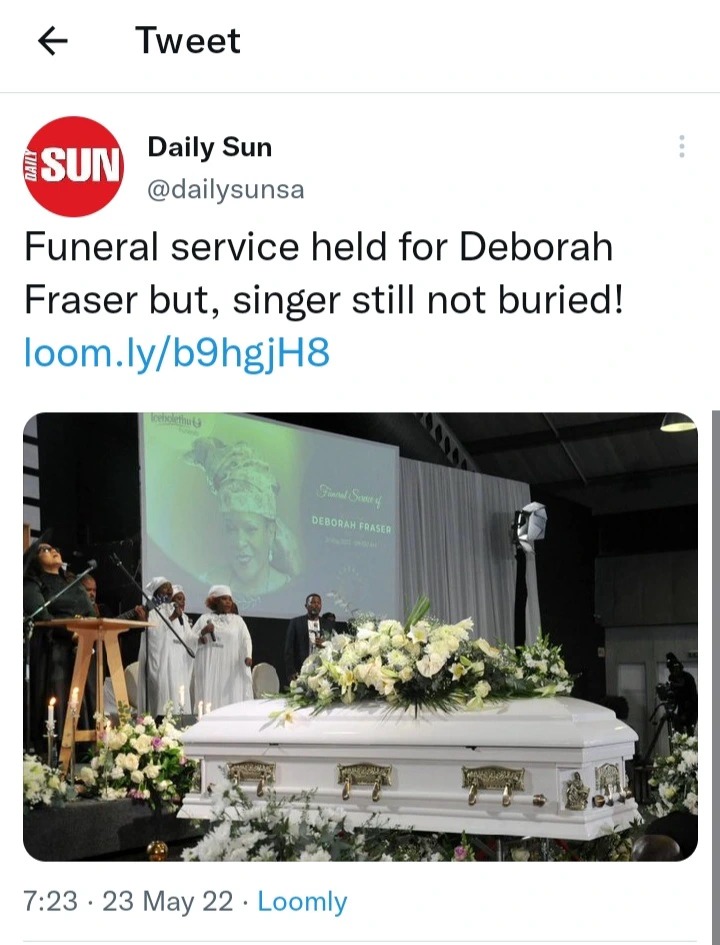 May her soul still continue to rest in peace.
Content created and supplied by: Babe2020 (via Opera News )