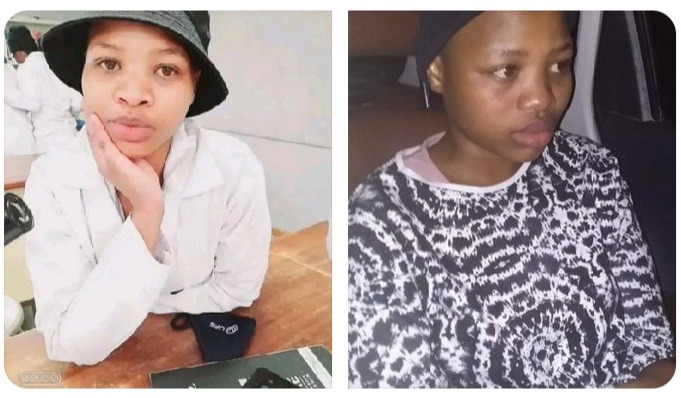 A University of Free State student, a first year student of Bachelor of Science. Kwandiswa Masibonge Xaba who went missing on the 4th of June 2022, was found yesterday unharmed and alive in Thembisa Gauteng. Apparently she was found at her Man’s house and it was reported that she left school and after she was found she said she is no longer going back.

The day she went missing she was spotted leaving campus and taking a taxi to an undisclosed location, she was observed on a video in Phuthaditjhaba. Thandolenkosi Mangethe said ” we never wrote to anyone that we need help from anyone, but you as students formed groups to search for one of your own school mate and we owe no one an explanation”.

This was said by the sister after Kwandiswa was found at her Man’s house, students just wanted to know if she was really home and safe but Thandolenkosi decided to lash out her anger from people who help locate her sister. Instead of being grateful she decided to tell everyone that they were doing it willingly no one asked them to search for her.

Her tone will make people lose hope in humanity and never attempt to help locate missing people, instead of thanking the only people that took their time to search for her sister. It is sad to reach her respond.

She was found unharmed and that is all that matters, because her phone was off her parents could not find her.

Missing University of Free State student found. Kwandiswa Masibonge Xaba, who went missing on 4 June 2022, has been found alive and unharmed. She was found on Sunday 17 July 2022 in Tembisa, Gauteng.Xaba, a first-year Bachelor of Science student majoring in #MDNnews pic.twitter.com/H4cBvblI5I