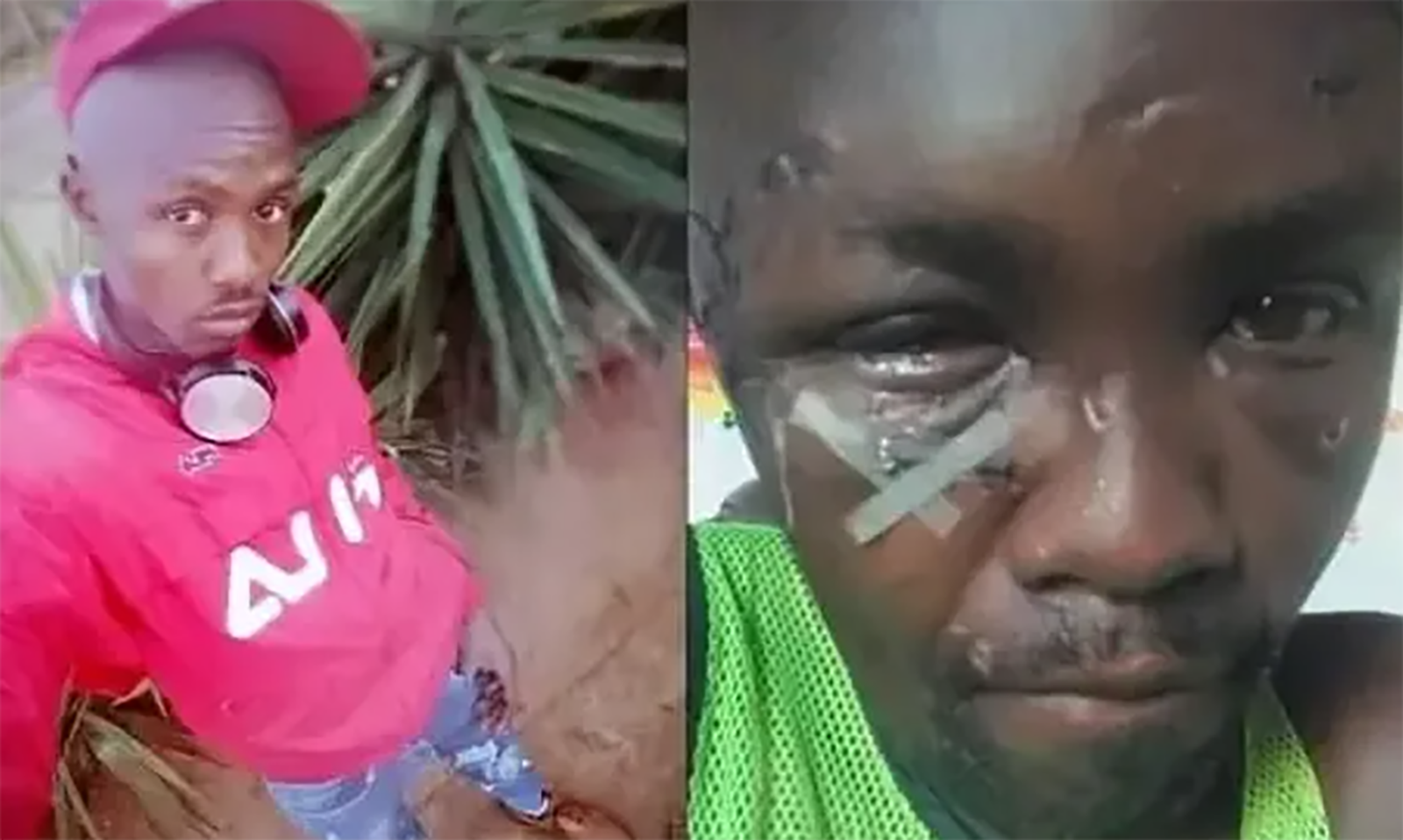 It is so wonderful to know that there are still good men out there who are prepared to risk their lives to save a woman. What started as a normal Saturday between friends going out for drinks ended up in tragedy. Asanda and his friends went out for drinks on a Saturday night at a local pub in Gqebera, Port Elizabeth, he suddenly saw one of his female friends being grabbed forcefully into the dark by an unknown man.

The 35-year-old quickly rushed to save his friend and try to defend her, during that incident, he was stabbed several times and one eye was left blind. Talking to the publication Asanda revealed details of what really happened that night.

He said that he saw the man grabbing his friend telling her that she was going to sleep with her whether she lines it or not and that when he knew that she was in danger and had to intervene. Amanda told the man to stop what he was doing and he slapped him and pushed him and he fell.

When As and a saw that the man was more powerful than h he ran to his place mad grabbed a knife so he could defend himself, according to him he didn’t want to stab him but just wanted to scare him and the man took the knife from him and attacked him with it until he fell on the ground.

“The incident happened two weeks ago, and I was with a female friend of mine from my area. We went to a local pub and while I was sitting there drinking, something said to me I should go outside and pee. I went outside and that’s when I saw a man forcing my female friend to leave with him,” he said