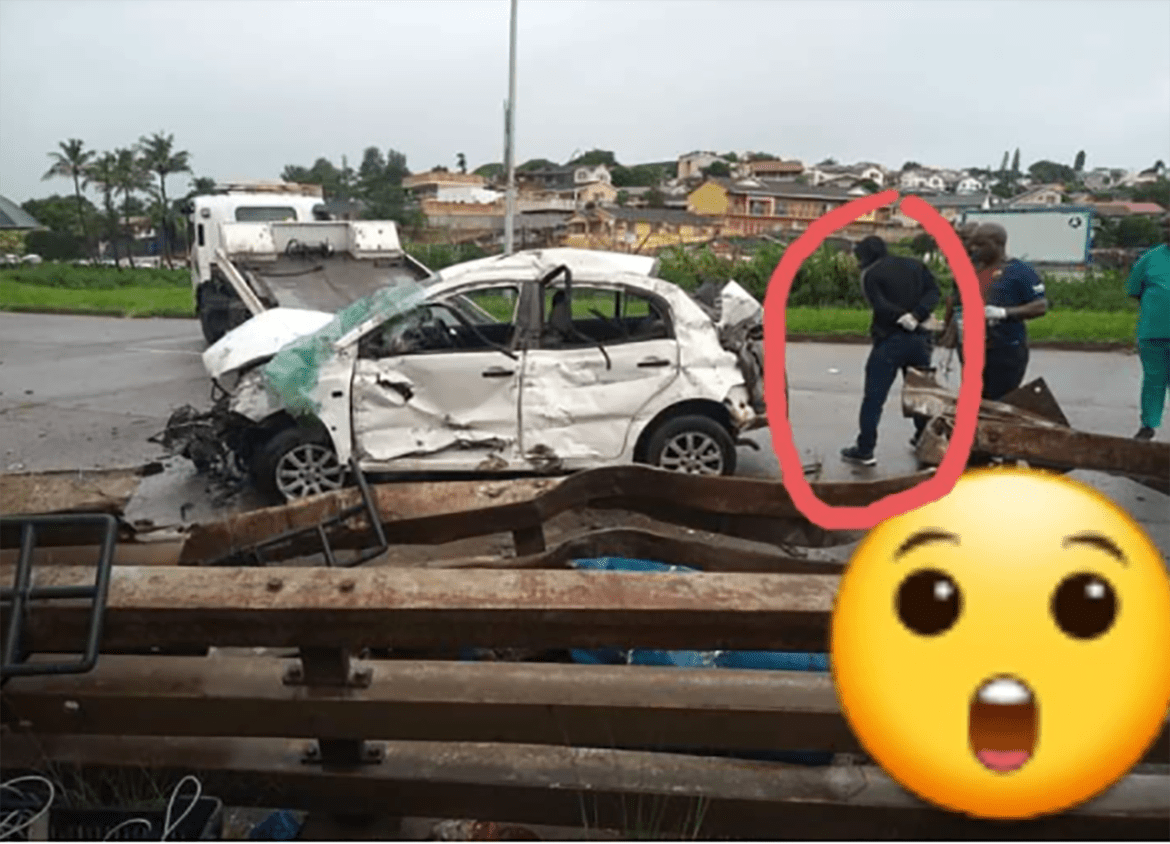 Police in Phoenix have secured the successful arrest of five suspects following a heated shootout, it is alleged that the suspects committed a house robbery in the Phoenix area earlier this week, and another robbery at a Jewellery store in Phoenix Plaza.

According to the saps news report, yesterday, Saturday, 26 March 2022 at around 12:30 pm police received information from an anonymous source who spotted a vehicle occupied by suspects who allegedly committed a house robbery, police officers responded to this information and proceeded to the scene.

While police officers were traveling on the M19, they spotted the suspected vehicle on Inanda Road traveling towards Parlock, police chased after them and this led to the shooting at officers, and police returning fire in self-defense, eventually, they lost control of the vehicle and ended up crashing into a barrier along Inanda Road near Parlock.

Five suspects were placed under arrest and two others were declared dead on the scene, it’s alleged the suspects committed a house robbery in the Phoenix area earlier this week, and one of the suspects is on bail for a robbery that was committed at a Jewellery store in Phoenix Plaza.

Police searched the vehicle and found jewelry, cellphones, and two unlicensed firearms, they will soon make an appearance at the Durban Magistrates Court to face charges of possession of an illegal firearm, attempted murder, robbery, and possession of suspected stolen property.