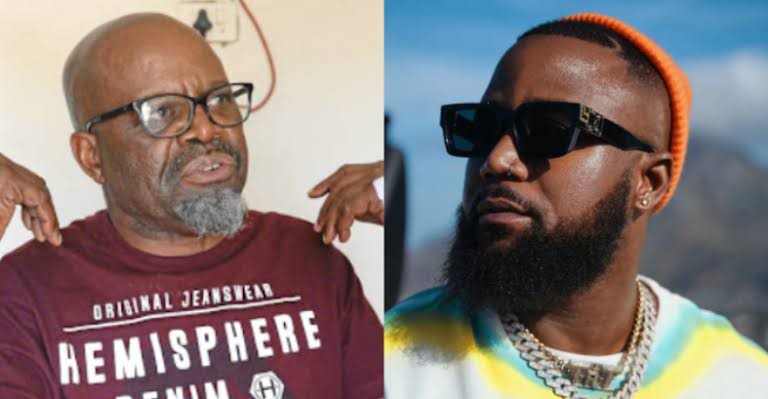 Cassper Nyovest is a South African artist who is also very active on social media. Some people have previously suggested that he should maybe take a break from social media, or avoid responding to any negative thing. However, Cassper still continues to respond to his haters even.

Beginning of this week, veteran actor Patrick Shai took a video while talking about fighting Cassper Nyovest. He was challenging Cassper Nyovest into a boxing match, but things quickly took a huge turn. Shai used some inappropriate words and swore at Cassper, and his mother. 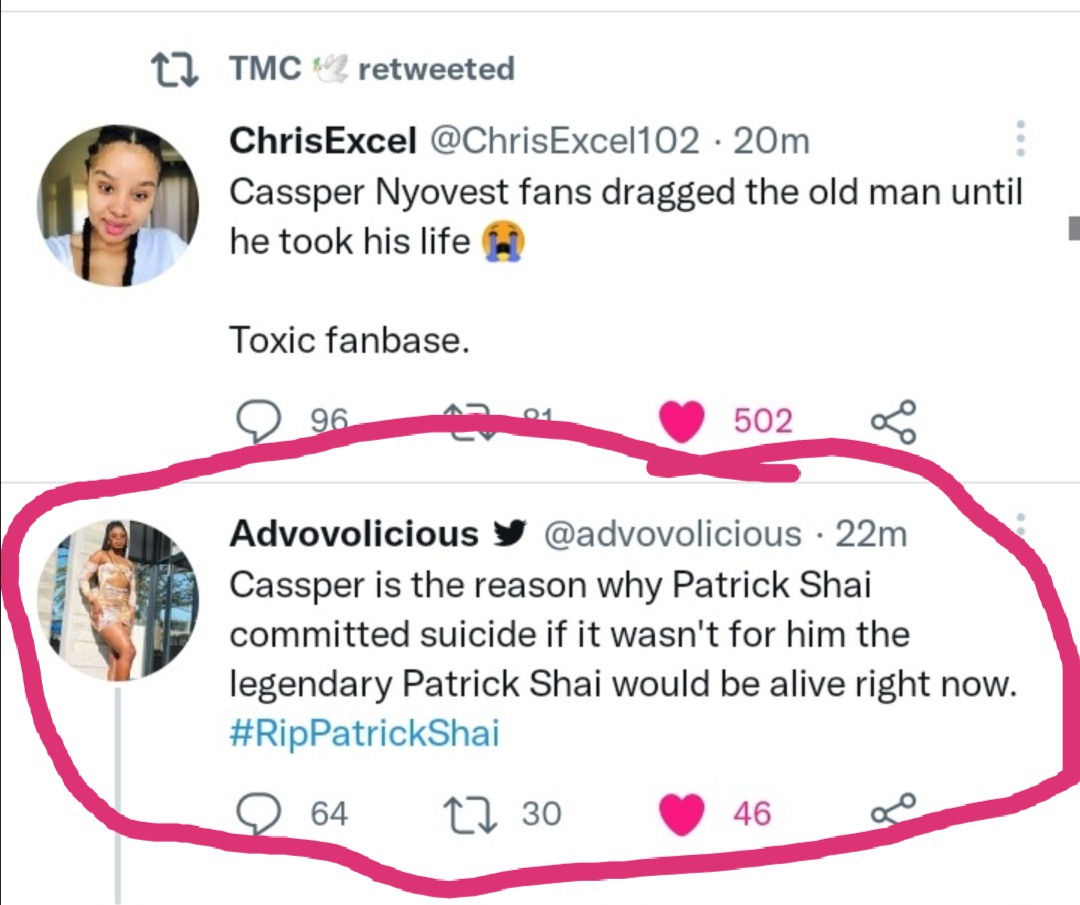 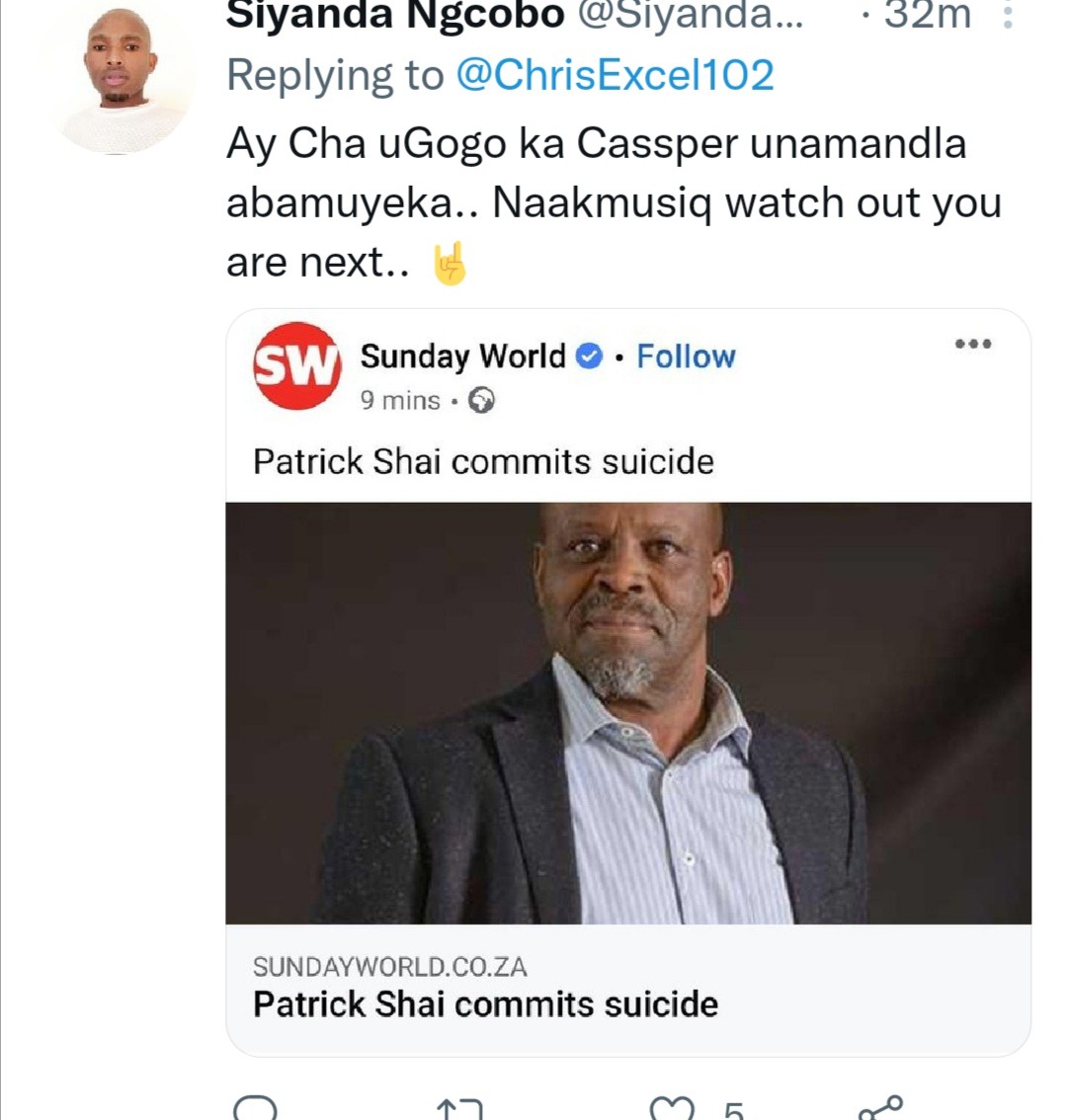 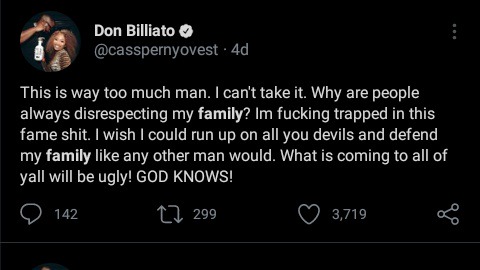 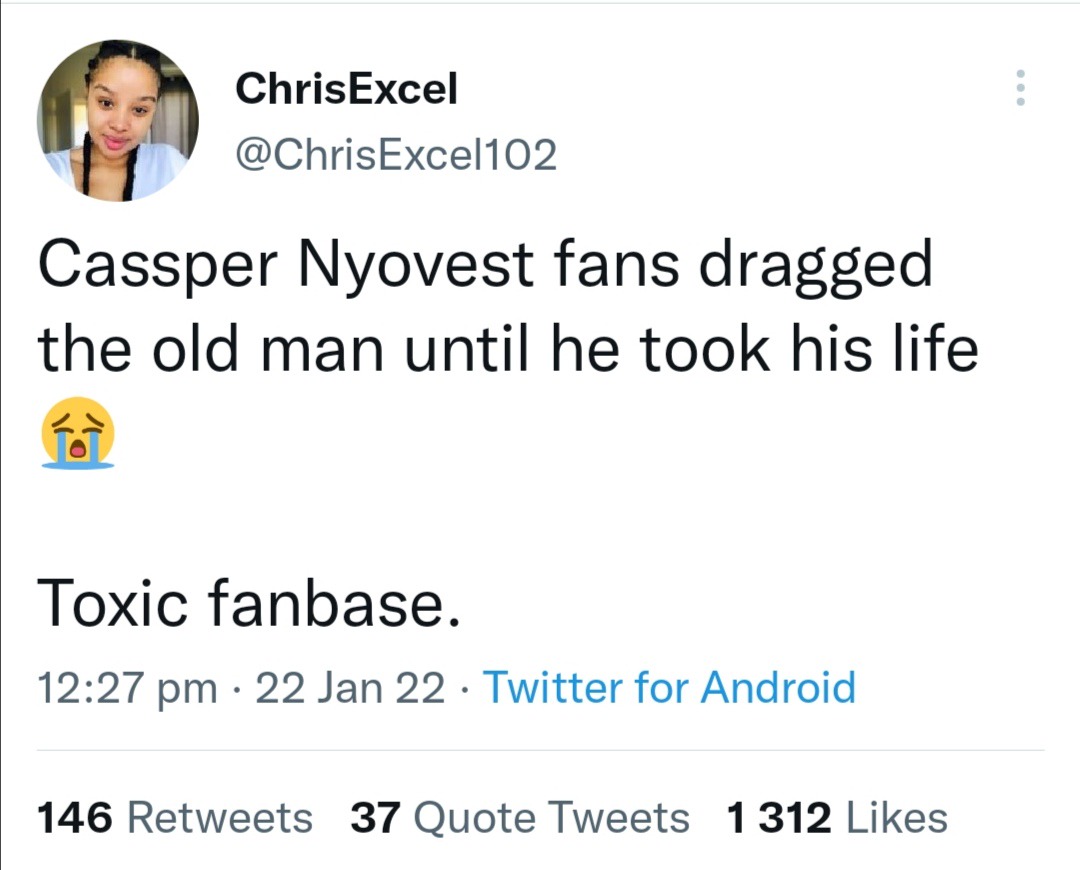 He started trending on Twitter immediately, and it lasted for about two days. The veteran actor also apologized to Cassper after that, through a statement. Before he apologized, Cassper had already taken to Twitter to talk about how he wishes he could protect his family from everyone who always comes after them. He then ended the statement by saying, what is coming to all those insulting his family will be ugly. Four days later, Shai has committed suicide.