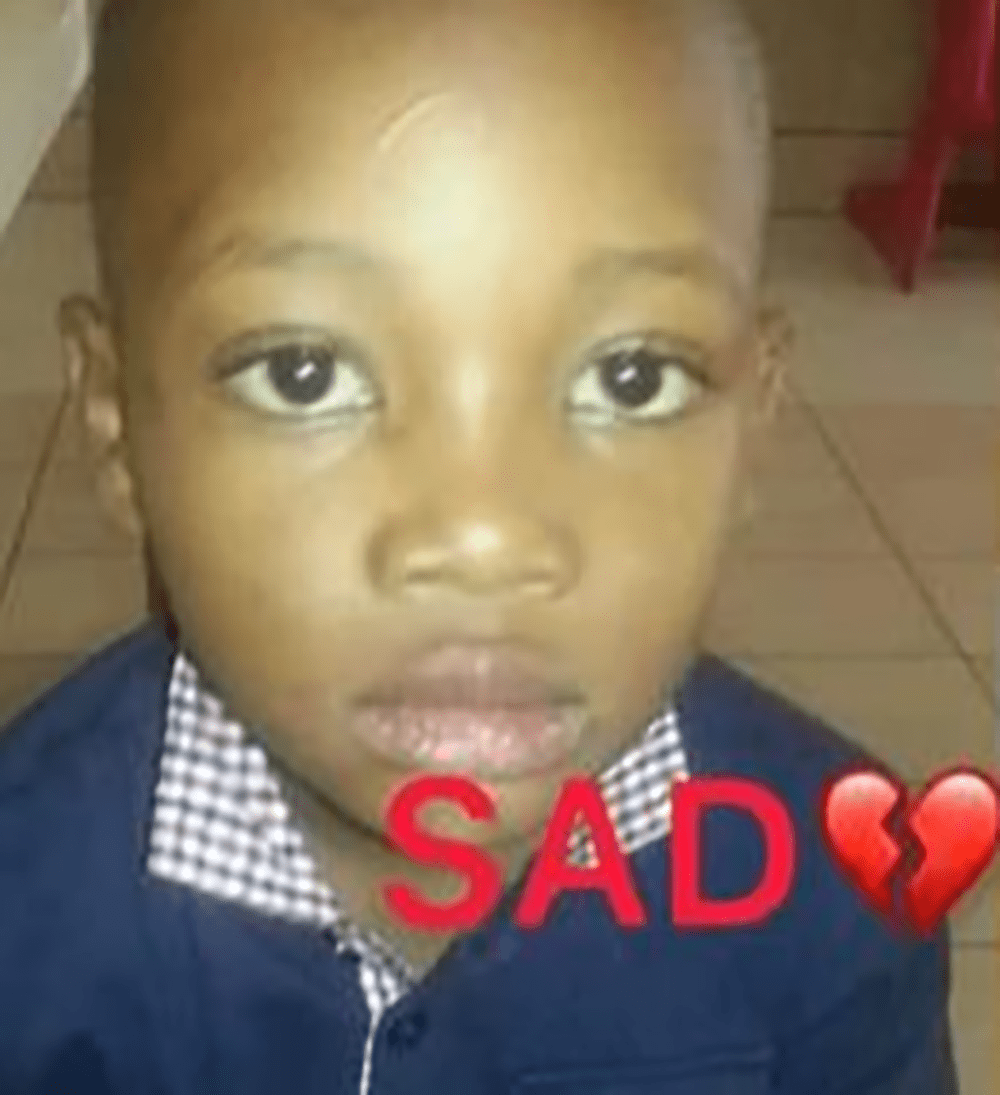 Following an incident at school, a young boy fell into depression and decided to commit suicide. Cyberbullying is a significant problem that needs to be acknowledged and addressed. It must be taken seriously because it carries a number of potentially fatal repercussions for the victims and has been proven to be deadly in numerous cases. A good example would be the death of veteran actor, Patric Shai, who took his own life after being bullied on the internet.

It also disturbs a person’s mental equilibrium. After being cyberbullied, many people have reported feeling despondent.

We were awakened on Thursday morning to the awful news of Bokang Pitso’s death, who is believed to have committed suicide after years of being tormented at school.

Pabi Kgotso, the boy’s aunt, shared the shocking news and demanded that everyone who has abused or tormented her nephew face serious penalties.

On Friday, Pabi Kgotso wrote to the press to say that her niece had made the tough decision to terminate his life. She indicated that the boy believed it was important to end it because of an incident that occurred at school, and that she does not understand children who enjoy oppressing others.

#STOPBULLYING “One of the most difficult decisions a person can make was made by my 12-year-old nephew,” she wrote. The question is whether to live or not to live. He realized that the world was a little too much for him. Bokang Pitso committed suicide on Friday after an incident at school. 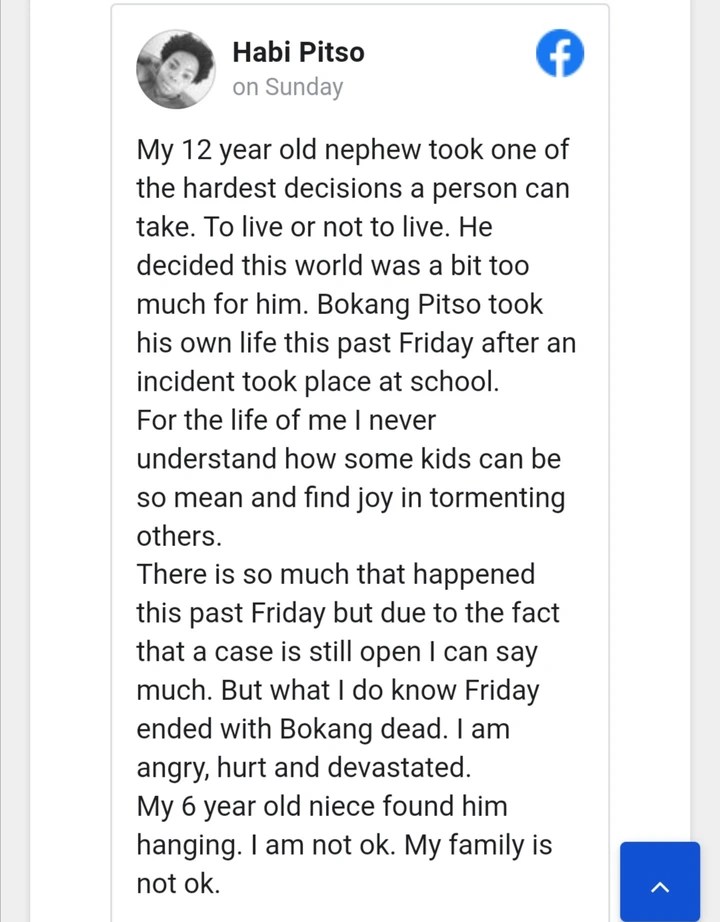 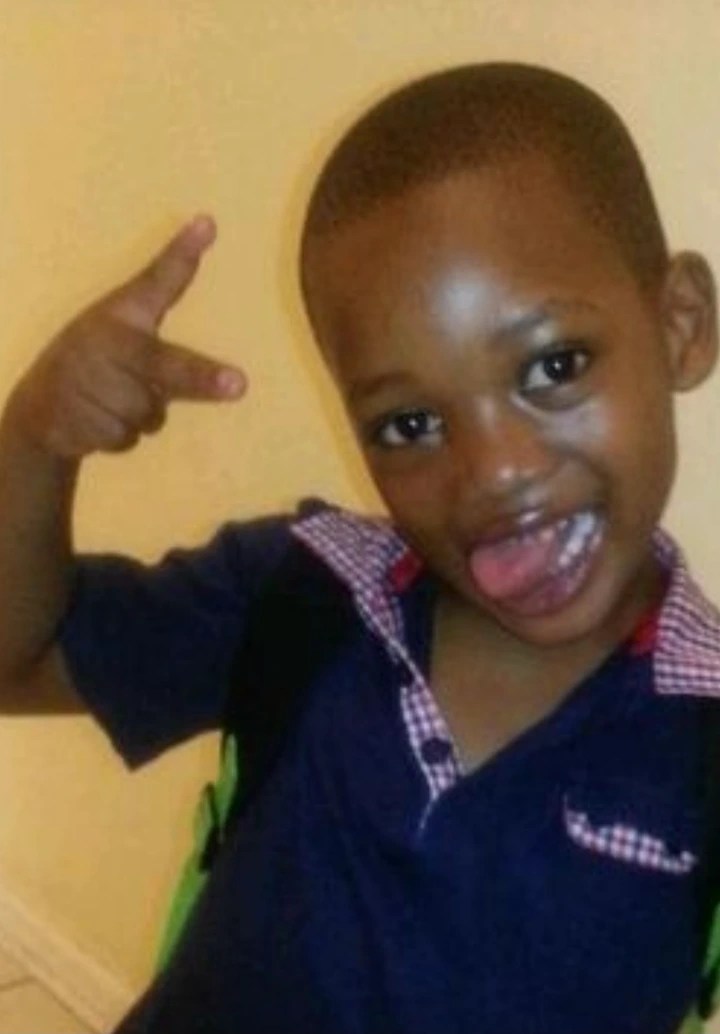 One thing I have realized is that the worst bullies are youngsters. This behavior is instilled in them by their parents, classmates, communities, and television. The terrible and regrettable thing is that they are unaware of the amount of emotional suffering that they are causing the victim. They think they are expressing their dislike for the person without realizing the impact it will have on the victim. It is critical for parents to instill in their children the values of kindness and consideration for others.